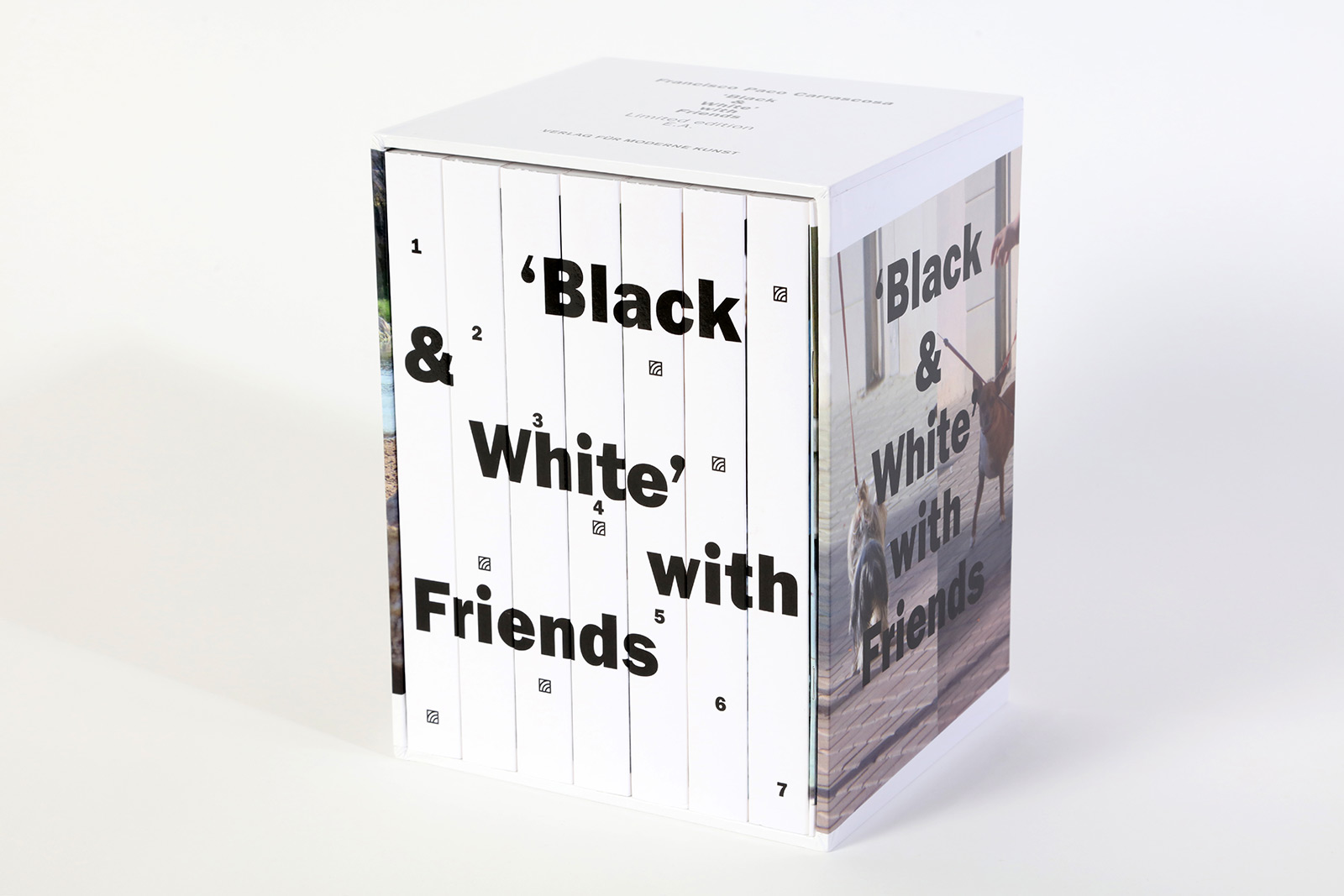 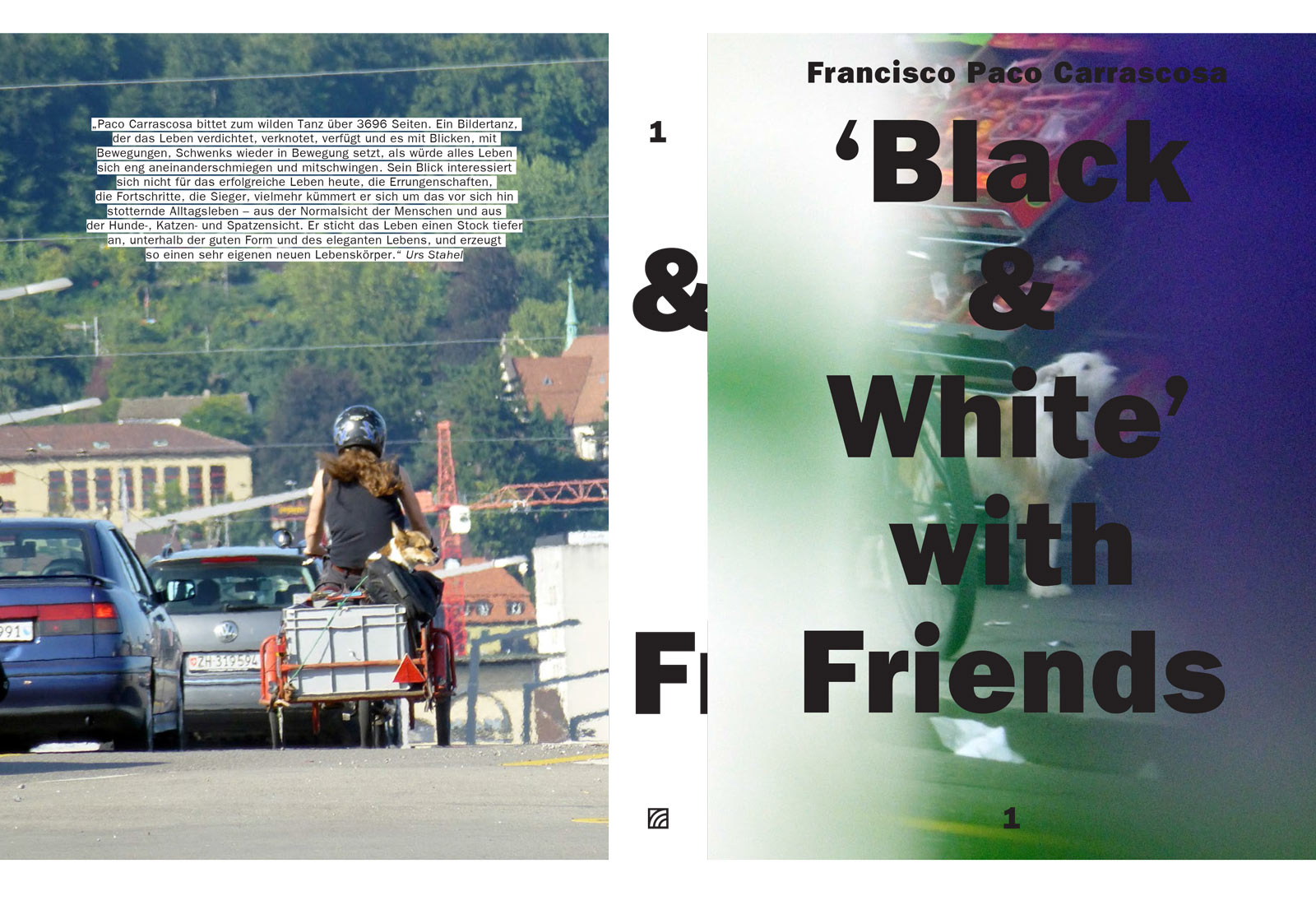 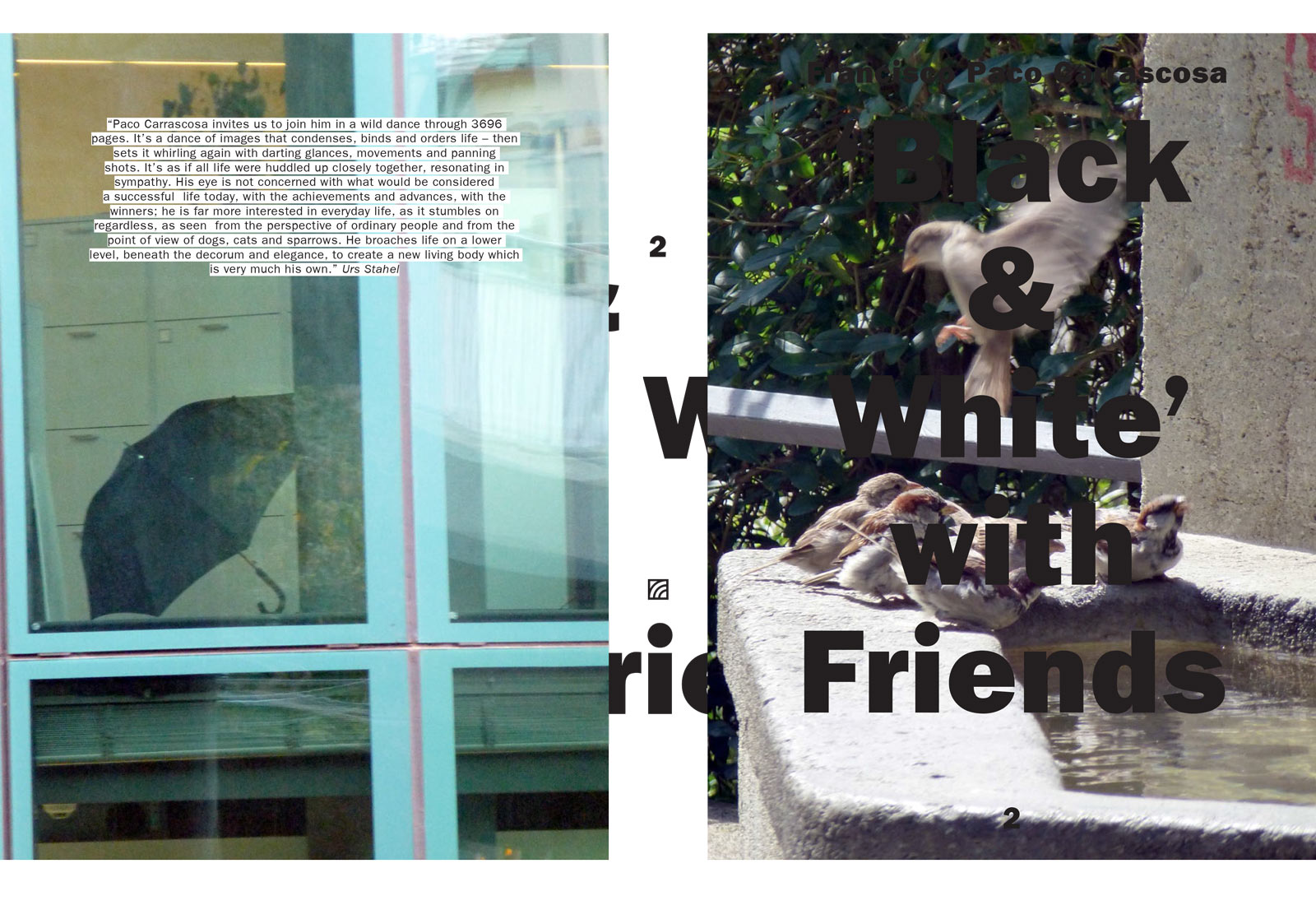 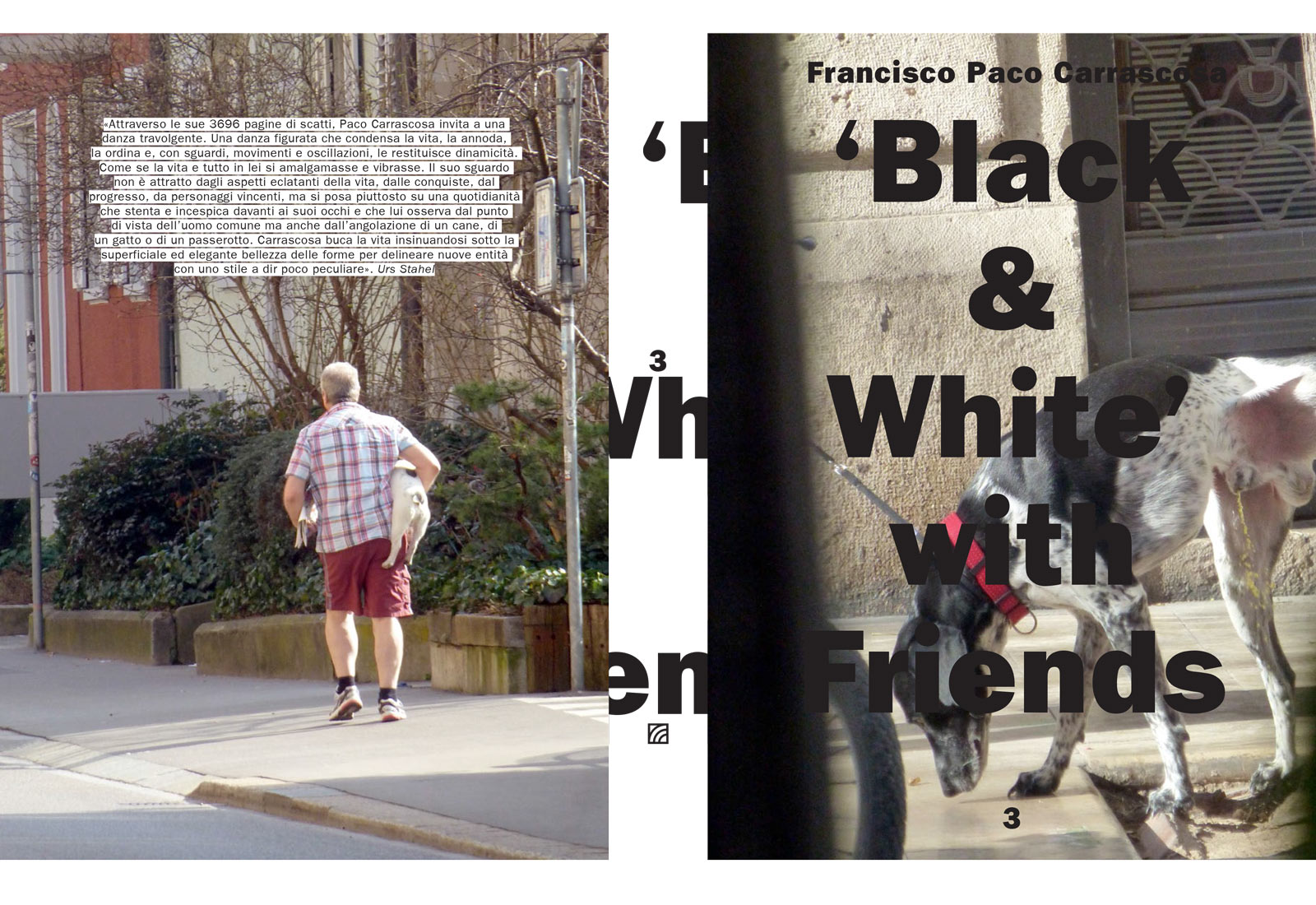 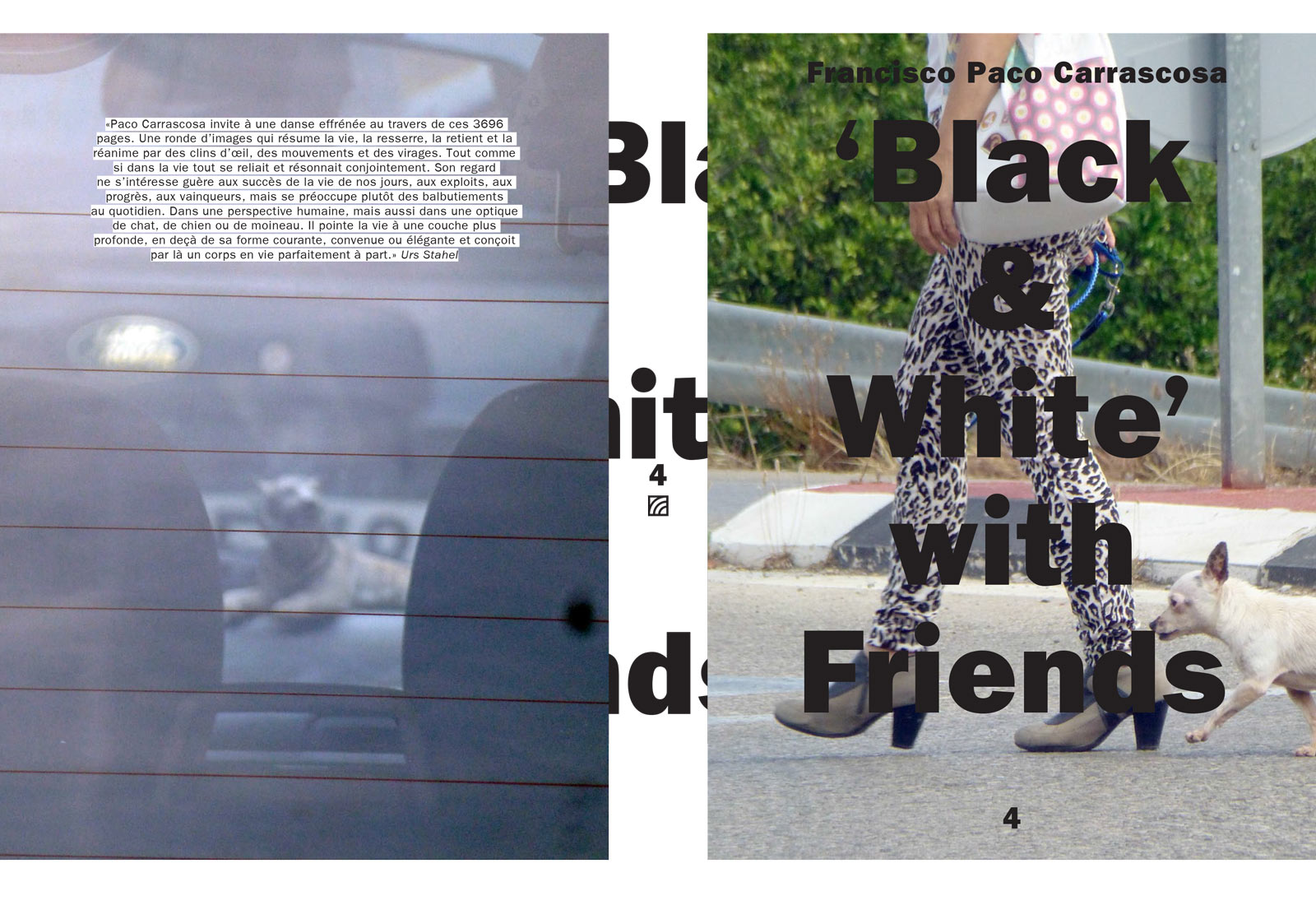 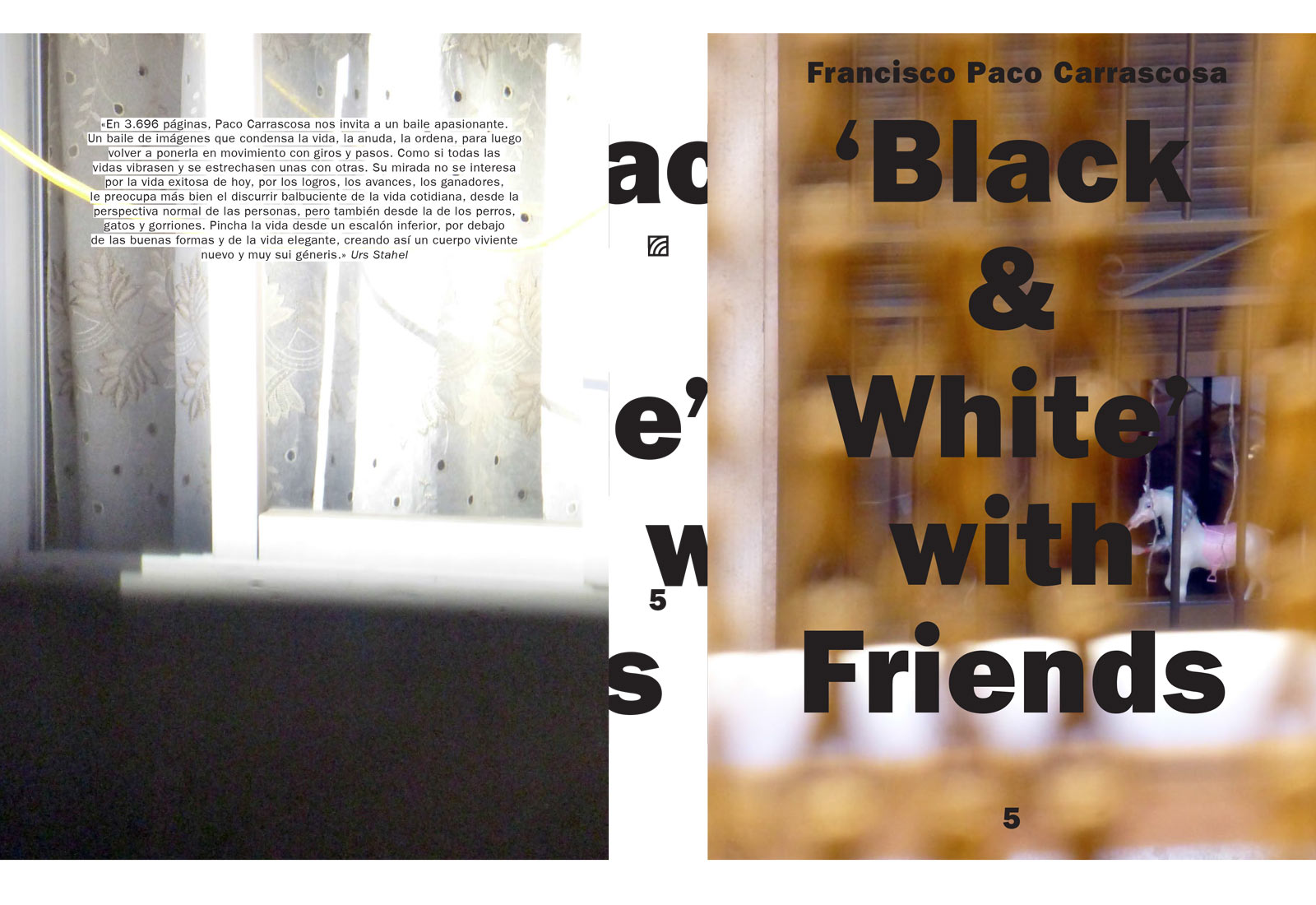 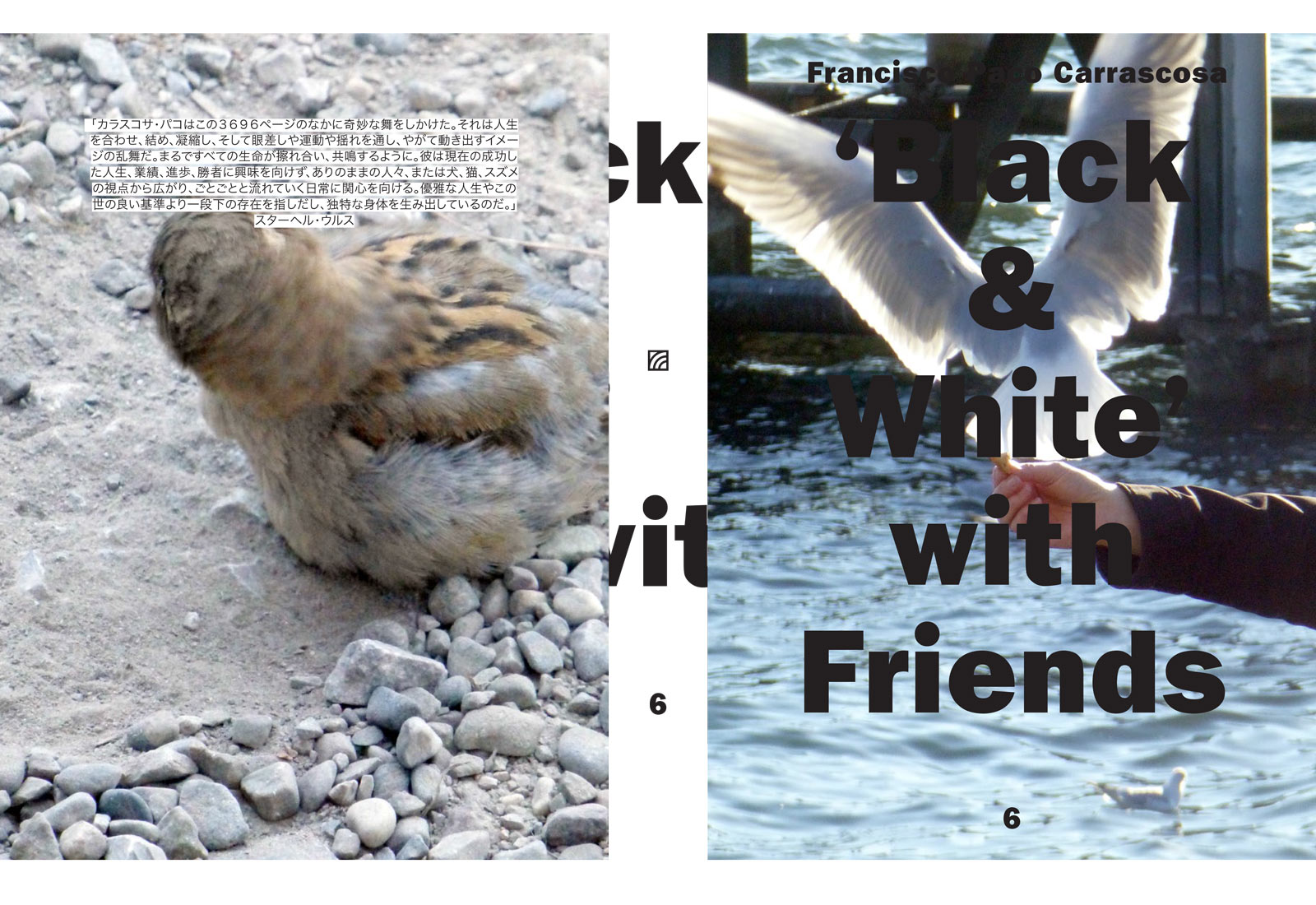 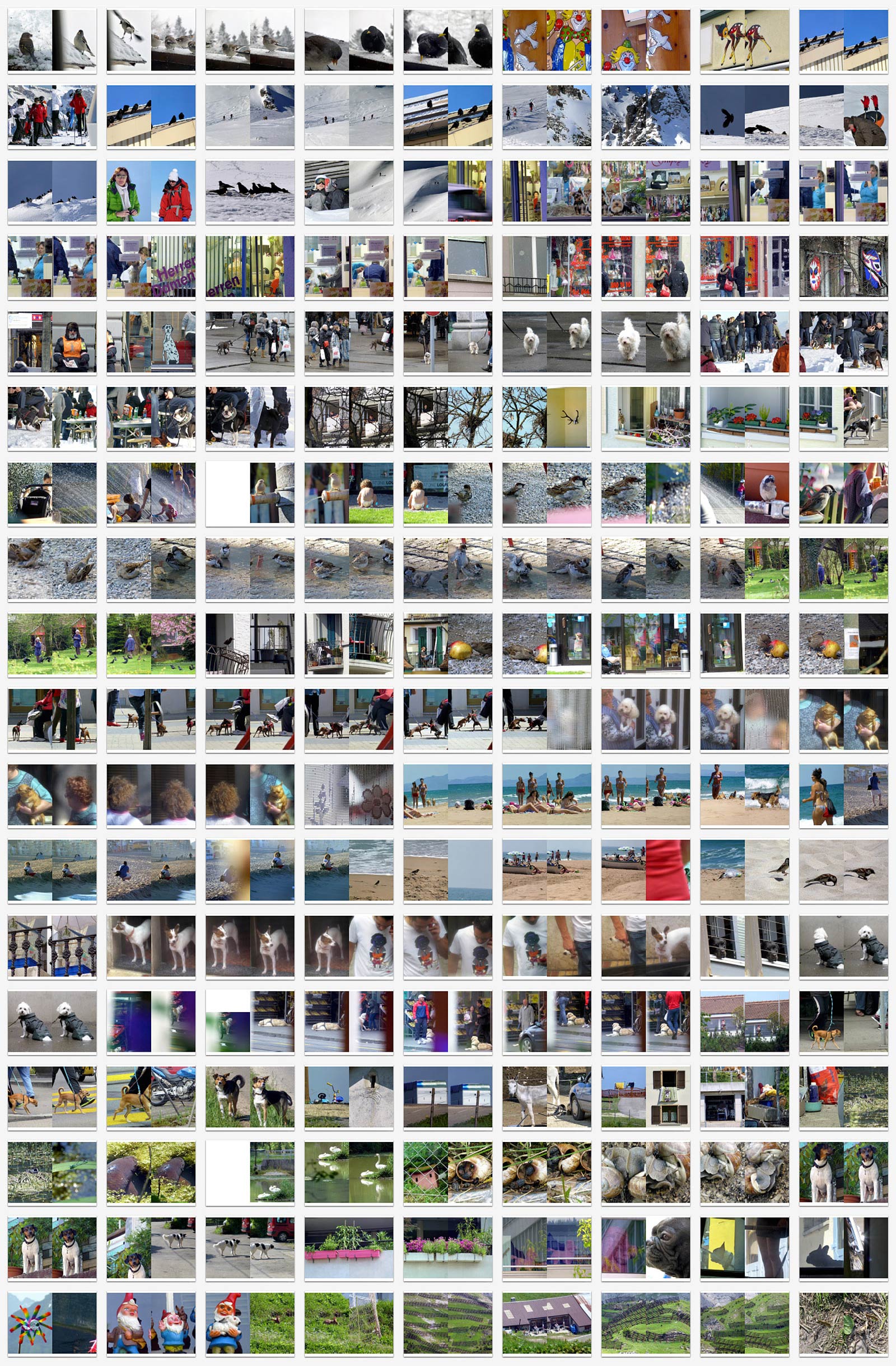 ‘Paco Carrascosa invites us to join him in a wild dance through 3696 pages. It’s a dance of images that condenses, binds and orders life – then sets it whirling again with darting glances, movements and panning shots. It’s as if all life were huddled up closely together, resonating in sympathy. His eye is not concerned with what would be considered a successful life today, with the achievements and advances, with the winners; he is far more interested in everyday life, as it stumbles on regardless, as seen from the perspective of ordinary people and from the point of view of dogs, cats and sparrows. He broaches life on a lower level, beneath the decorum and elegance, to create a new living body which is very much his own.’ (Urs Stahel)

What is the natural world today? The photographs in these 7 volumes by Francisco Paco Carrascosa follow animals and their tracks through the human world. He captures lapdogs and chamois, Bambi motifs and tiger prints, and sparrows – over and over again. ‘In a world inundated with images, one man is confronting the widely decried flood and fighting it with its own weapons. Francisco Paco Carrascosa organizes photos in sequences, turns sequences into episodes, episodes into volumes, volumes into editions – editions that form a trilogy, the second part of which you see before you. His amateur camera with telephoto lens is creating an ur-photographic monument: As a ‘paparazzo of everyday life’ his roving eye hunts the fleeting, fragmentary and transitory, all intrinsic to the photographic art since first it saw the light of day. Fixed in print, rendered tactile, these pictures take on an epic quality. They follow animals and their tracks through the human world. Sparrows return, like the chorus in a Greek tragedy, to lead the viewer through stories that begin nowhere and end somewhere. Life itself.’ (Sascha Renner)

‘Francisco Paco Carrascosa’s long-term project is set to run for twelve years and form a trilogy. The first part, ‘Johnnie Walker on the Beach’, published in 2014, was dedicated to people. The second part, entitled ‘‘Black & White’ with Friends’ follows animals and their tracks through the human world. The third part ‘Jack Daniels and Mister Freud’ is dedicated to night-time and twilight. It is an encyclopaedic undertaking, spanning all continents, whose object is to gauge what it is to be human – today and right now and per se. An intensive, endless flow of looking.” People – animals – night: the inner logic of this ongoing narrative is as captivating as it is convincing.’ (Sascha Renner)

‘These seven volumes by Paco Carrascosa – are redolent with a powerful smell of life.’ (Urs Stahel)